First time I played System Shock was around 1998 but I have never managed to find one button so I never finished it. Two decades later, Night Dive studios released the Enhanced Edition current hardware and has “modern” controls. I started a game, completed several levels, and then real life started interfering so I shelved the game once again.

In April of year 2020, the Dos Game Club selected System Shock as the game for the month. This time I decided to finish it.

And finish it I did. 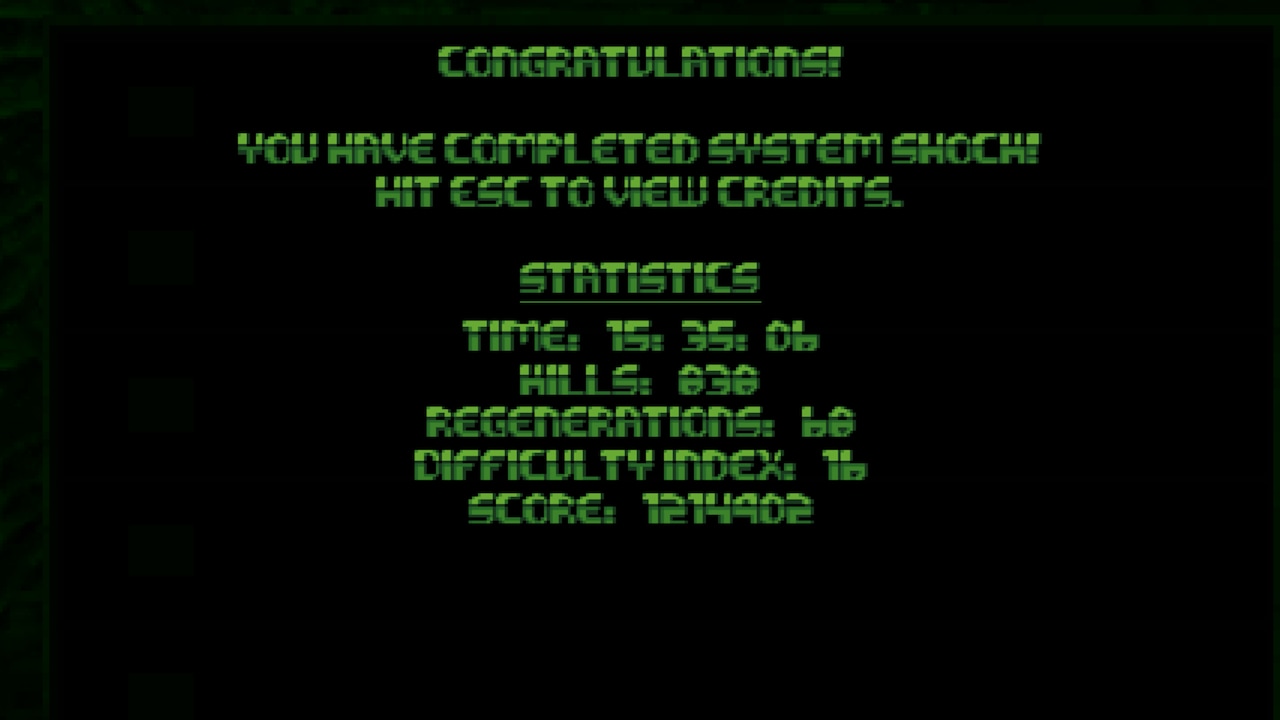 After completing it I felt the same void one does after having finished a book. The story is thrilling. Watching the fates of various protagonists unfold is fascinating. The game is technologically impressive for the time with varying environments, lightning and shading pushing the 256-color graphics to the limit and dynamic soundtrack seamlessly switching tracks depending on the situation. Although clearly aged the game has managed to completely pull me in.

A very interesting technical achievement was security cameras that were rendering in-game spaces real time. At some point I wondered it it was possible to get two of the cameras display at the same time and it turns out that although it is possible, the authors tried to make this impossible. Observe:

See how the screen on the right turns into static when the one in the left comes into field of view? That’s ingenious.

I find that it still has the best kinds of puzzles. You know, actual puzzles, not some sort of dumbed down mini games, jumping puzzles or crafting. Jump scares often result in instant death so the player needs to stay alert all the time, making them even worse.

There are other features of the game I still miss in modern games, for example the possibility to take notes on the map. This has come very handy to keep track of various objects I kept lying around for later. Come to think of it, since most modern story based games are laid out as one long hallways they probably don’t need the notes.

Level design is a masterpiece too, although it is required to go back and forth, the game always opens a shortcut once a sector is cleared so it makes it easier to navigate the large space station.

Voice acting is top notch, albeit I found it distracting that the voice does not match the text description, so I ended up reading everything twice.

One thing I need to rant about is the cyberspace sections. These are unnecessarily tedious, mostly because of the transparency of the walls making it really hard to know where to go at some points. Especially for someone like me who has already hard time evaluating distances and knowing my left from right. The controls are quite wooden and combatting ICE nodes requires a dose of luck and patience more than anything else.

I like how Shodan gets progressively madder at each step you make. This is something I don’t remember from System Shock 2 but I’ll have to replay it and see. As an antagonist she is really one of the best out there. 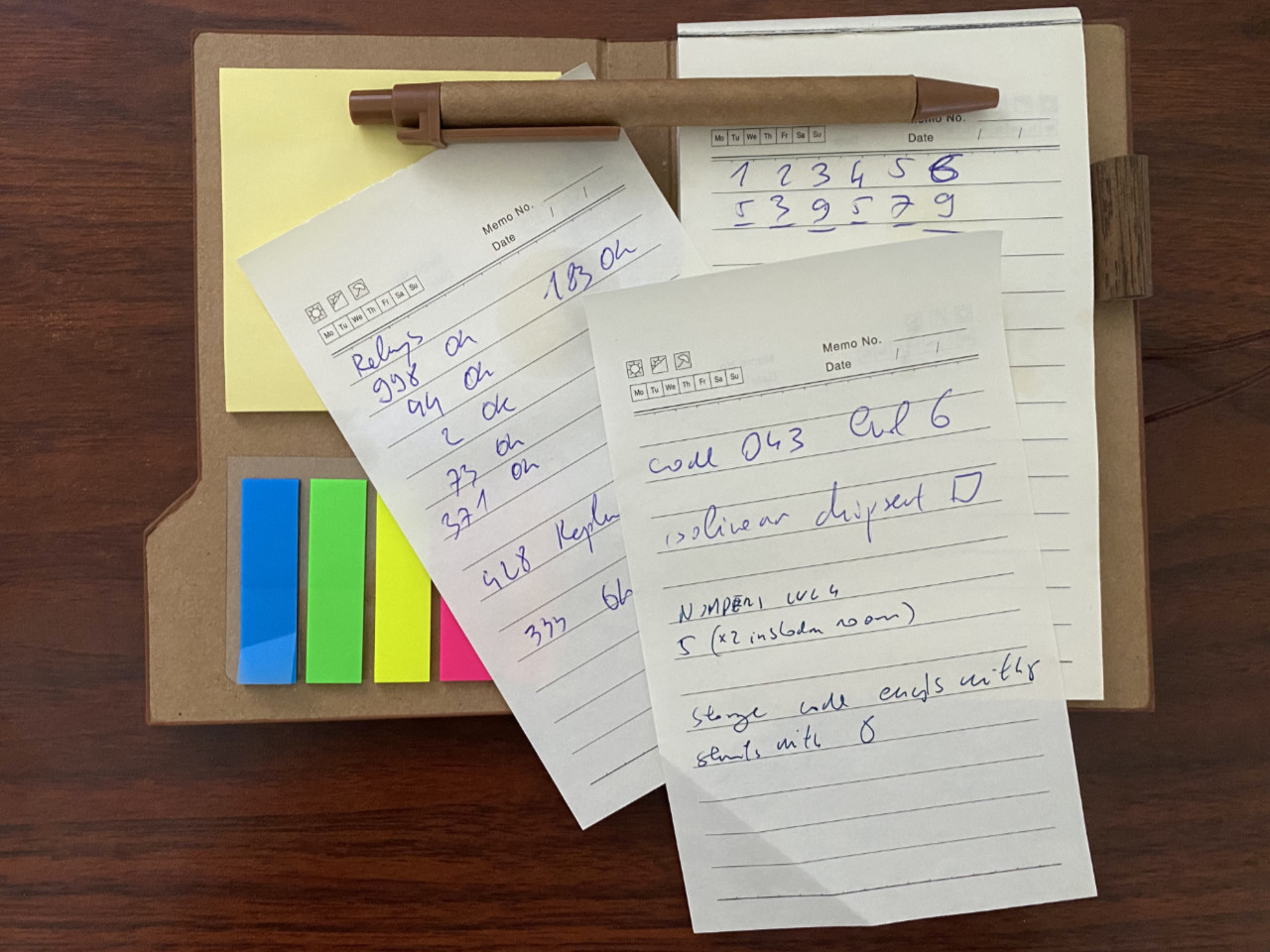 System Shock has left me with more than just good feelings. I have also kept something physical: my notes I took during the playthrough, to keep track of codes and objectives. At some point the player has to find a malfunctioning relay. I have missed the data log specifying its identification number so I had to scour the engineering level and find all of the relays, then enter them into the diagnostics tool and find which one was broken. Paper and map notes were wery handy in this instance.

Since I have not kept track of the numbers given by the destroyed comptuers, I had to take a scenic route just before the ending and re-visit all of the previous locations and find all of the places where the computers were.

Due to my play style I have ended up with a ton of grenades, ammunition and healing drugs to last me for the final combat twenty times over. I wonder if it would be possible to design a game in a way to force me to not squirrel objects that much. At the same time, the laser rapier is a mighty good weapon once you have found the closest power station. The end fight was relatively easy and final cyberspace section ended surprisingly quickly.

See you on the Von Braun!