More noodles! Why ?, you might ask, well because everyone loves noodles. And mushrooms, we will be seeing lots of those in just a few moments. So, put on your white hat and start making a list of things to buy.

OK, be prepared to raid the nearest Asian shop because this meal needs several special ingredients. As always, here’s a picture of what we’ll need : 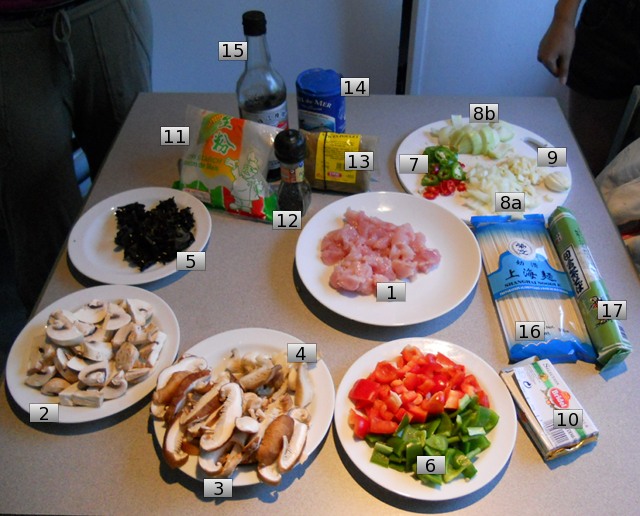 Got everything? Good! Preparation of the ingredients is pretty simple and shouldn’t take more than twenty minutes. 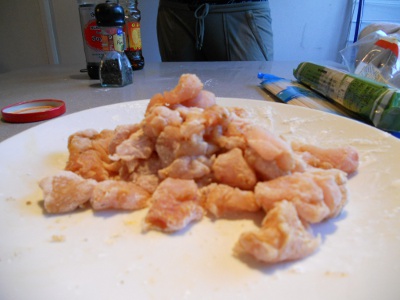 Everything’s done ? Excellent, now we can start doing some cooking.

Pour some water into a bucket … err a cooking pot. Not too much of it though. Just enough that when you put all the mushrooms into it it will cover them all. Don’t put them in it just yet though. Put some butter and one crushed clove of garlic in there first, don’t forget to add salt. Let it boil and put all the mushrooms inside afterwards. Wait for about 2 minutes. 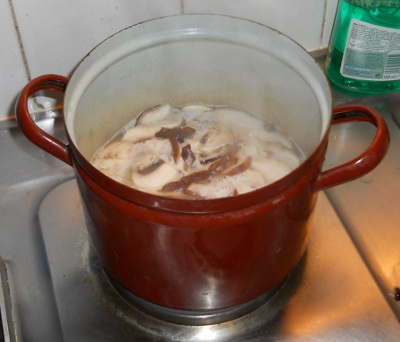 Once the mushrooms are half cooked pour more water into the pot and add all the vegetables - bell pepper, chilly and half of the onion (the one cut into bigger cubes). Add some black pepper as well. Cook until it’s cooked (duh). 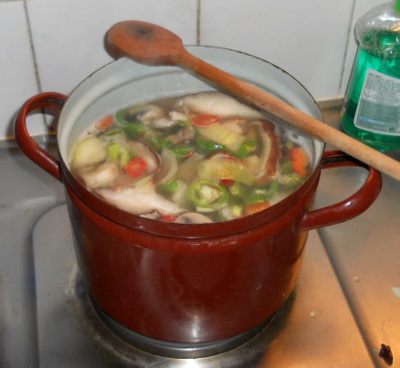 Once the vegetables are cooking, you can begin to prepare the meat. Put the diced garlic and onions onto a frying pan with a bit of oil. Make them fry for a while and then put the meat into the pan and add some soy sauce.

After a few minutes, when the meat is fried, add the contents of the cooking pot into the wok. Do keep at least a half of the water in the pot, we will use that later. Lower down the heat under the wok. 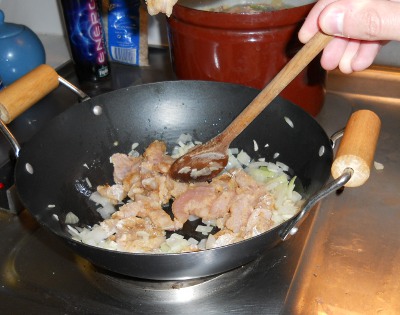 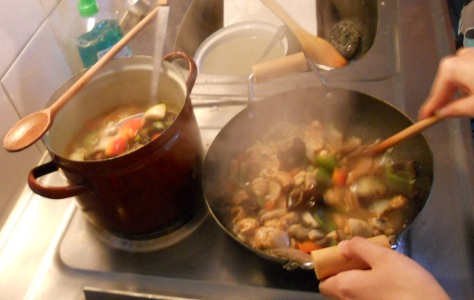 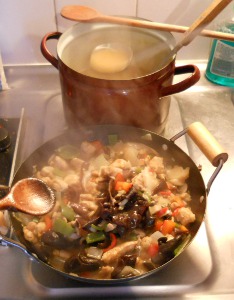 We will be using a mix of Shanghai noodles and green-tea flavoured noodles, but any noodles will go. Add more water to the cooking pot, let it boil again and cook the noodles inside (refer yourself to the package, cooking time may (and will) vary). Once the noodles are cooked, you are ready to serve. 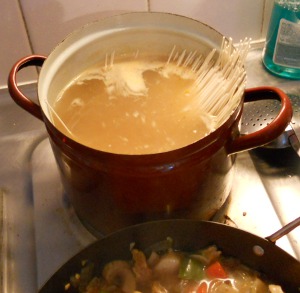 Finally a meal that not only tastes, but also looks good. When making this one, don’t hesitate to experiment. Personally I like to add some baby-corn, bamboo and especially some chilly sauce 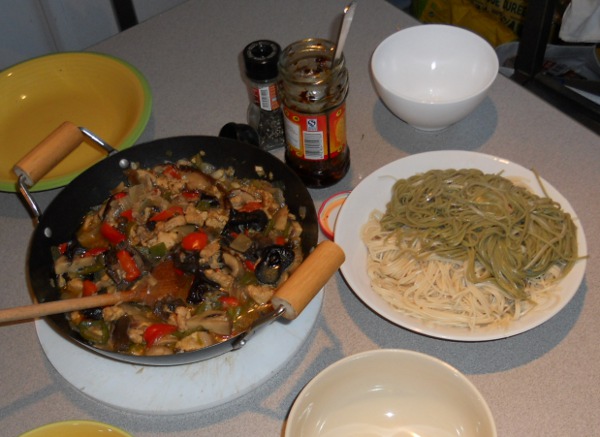